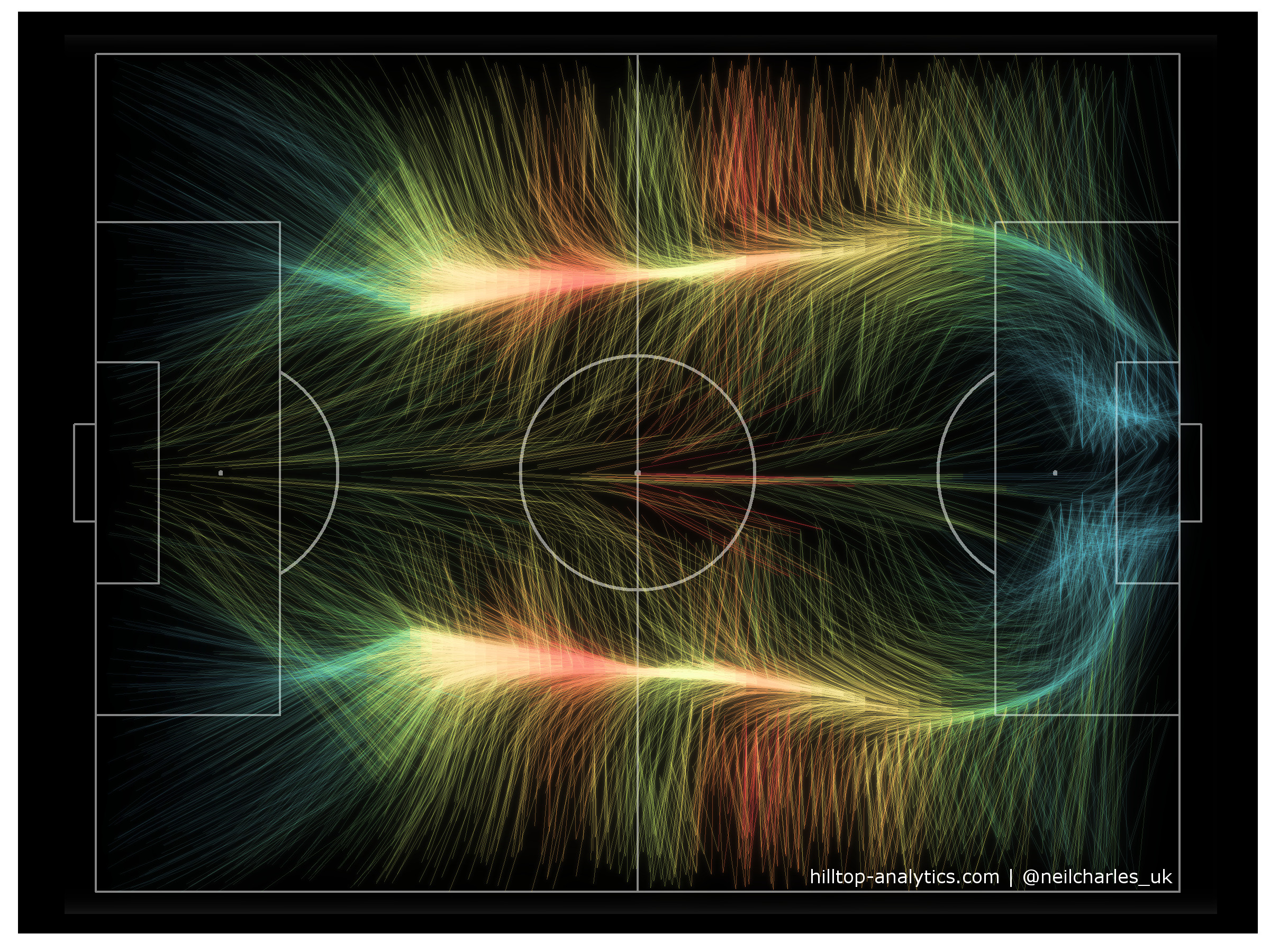 I’ve had this project in mind for quite a while because it merges some weather data visualisation that appeals to my inner paraglider pilot, with football stats.

Wind maps like these have become quite common, starting with static images and progressing into genuinely useful tools like windy.com. 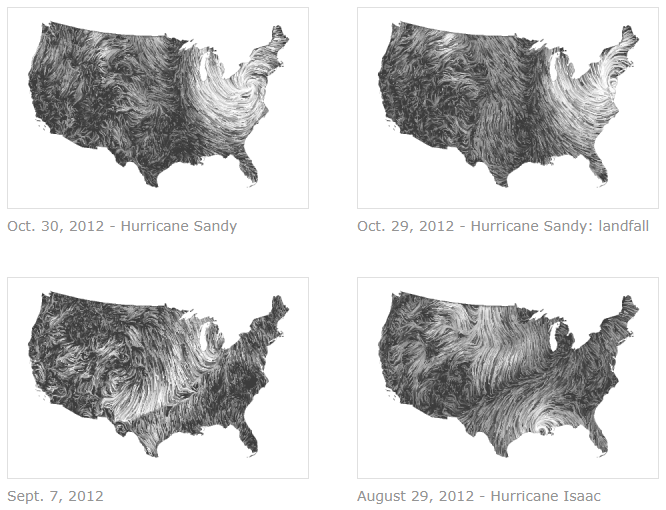 I wondered if something similar might be possible using football passing data. The way that these visualisations work is to drop random particles onto the map and then move them in the direction the wind is blowing, to create a path. Do it with lots of particles and you get a pretty visual describing wind direction.

To do the same with football data, you need to cheat a bit, averaging out lots of passes to get a ‘wind direction’ and also mirroring the left and right wings of the pitch so that passes left and right don’t average out as a pass through the middle.

Do those calculations on some World Cup 2018 data, draw the vis with ggplot2 and then punch up the colours and add a bit of neon glow in Gimp and you get a result which I reckon looks pretty tidy. 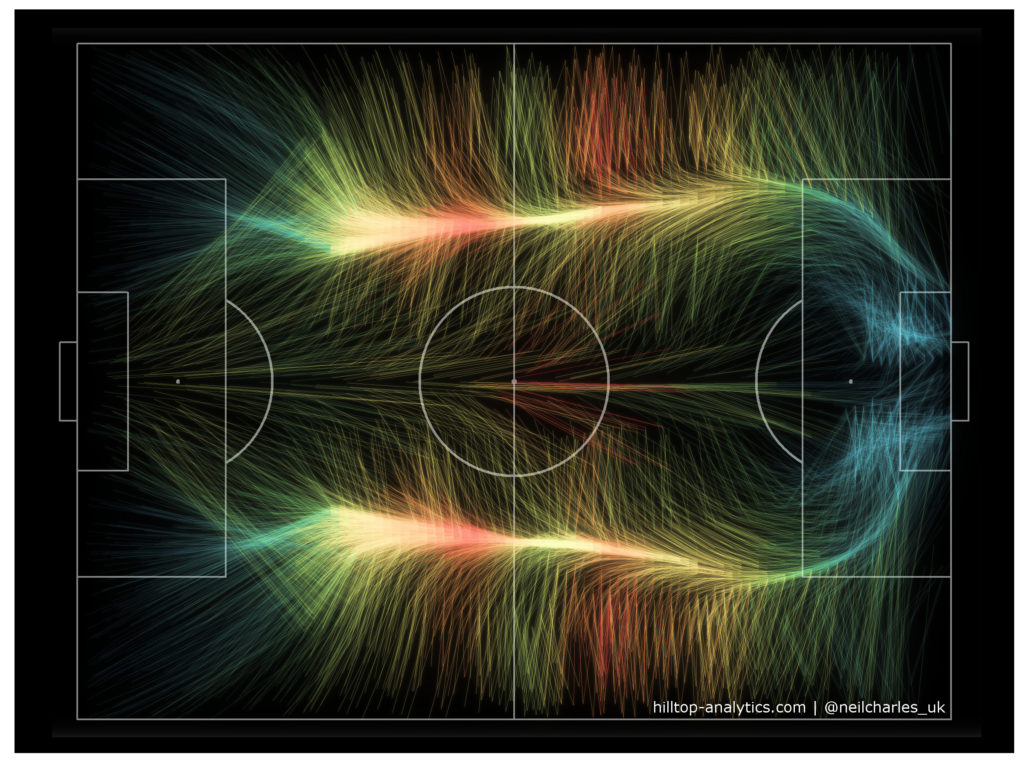 It looks like the familiar shape of an average football game, with the bulk of the play happening out wide and then converging onto the opponent’s area. Colour in this is example is by number of passes (hotter = more) and I’ve also drawn locations with fewer passes more faintly, but the aim is visual impact rather than strict best practice so I deliberately haven’t included a legend.

Definitely a decent base from which to launch more experiments! I’d like to see what can be done at a team by team level and find out if the vis reveals interesting differences. Animation might be fun too.